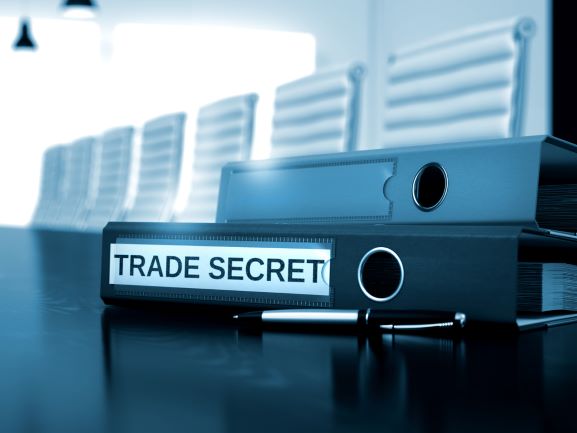 The know-how is a very important feature for the success of a company. The companies therefore have a serious interest in protecting their trade secrets by the national jurisdictions. Nevertheless, until recently, there were no specific provisions in Greek law which would explicitly protect the trade secrets of a company.
Within the countries of the European Union, there was only a small level of harmonization in this regard. The European Union therefore released Directive 2016/943 for the protection of know-how and trade secrets. The Greek legislator has now implemented this Directive into Greek law, by including specific provisions in the Law No. 1733/1987, the Greek Patent Law. The related amendments were published on May 28, 2019. The Greek law now provides specific regulations with regard to the protection of know-how and trade secrets in the new articles 22A – 22K of the Patent law. The Greek provisions are mainly a translation of the related articles of Directive 2016/943.
The new Greek provisions require the person lawfully in control of the trade secret to take measures to keep it secret, otherwise the rights are not granted. Therefore, the measures taken by the owner of the trade secret are a requirement for the existence of protection.
Furthermore, several articles with regard to the protection of trade secrets before the courts were included in the Patent Law. According to Art. 22 D par. 2 of the Patent Law, the Court can take specific measures necessary to preserve the confidentiality of any trade secret or alleged trade secret used.
The provisional and precautionary measures from Art. 10 of Directive 2016/943 are implemented in the new Art. 22 E of the Patent Law. The protection is provided as preliminary proceeding. However, according to Greek law, a requirement of preliminary proceedings is the urgency of the case. The provisional and precautionary measures will only be granted in cases which are, according to Greek law, urgent.
With regard to damages, Art. 22 H of Law No. 1733/1987 fully applies the wording of Art. 14 of Directive 2016/943. According to Art. 22 H par. 1, the infringer has to pay compensations to the trade secret holder. In this regard, when setting the damages, “the court takes into account all appropriate factors, such as the negative economic consequences, including lost profits, which the injured party has suffered, any unfair profits made by the infringer and, in appropriate cases, elements other than economic factors, such as the moral prejudice caused to the trade secret holder by the unlawful acquisition, use or disclosure of the trade secret”. However, it remains to be seen how the Greek Courts will practically apply this in Greece, as there are two issues which the Greek legislator failed to take into account: First, the new provisions provide in Art. 22 H par. 1 only a compensation claim, but not a moral damage claim. Moral damages are only included in Art. 22 H par. 2, where it is specified how the compensation claim is calculated. However, according to Greek legal theory, compensation and moral damages are different legal claims. A compensation claim is a specific damage, such as lost profit, while the moral damage cannot be specifically calculated and is usually related to the fame of the company. If the Greek legislator had the intention to grant moral damages as well, he should have included a specific moral damage claim in Art. 22 H par.1 of the Patent Law.
Furthermore, in contrast to other jurisdictions, the plaintiff has to specify his compensation claim already when he files the action; it is not possible to specify the compensation claim at a later stage of the proceeding. Therefore, as the Plaintiff will most probably not have information with regard to the profit of the infringer, it will be practically impossible that the Plaintiff will calculate his damage claim based on the infringer’s profit.
It remains to be seen how the Greek case law and legal theory will find solutions for these legal issues.

Due to the fact that measures have to be taken to keep the information secret, it is necessary that all companies who are active in Greece develop strategies on the protection of trade secrets. Any disclosure of secret information will have the result that these are not protected anymore and are free to be used by competitors. Potential measures in this regard include security systems, encryption of communications, access barriers, non-disclosure agreements, etc.

Do you need professional legal advice?

Get a Quote
We use cookies to provide you with the best online experience. The stored information (cookies) is mostly used to make the site work as you expect it to. Click on the different category headings to find out more and change our default settings. However, blocking some types of cookies may impact your experience of the site and the services we are able to offer. By agreeing you accept the use of cookies in accordance with our cookie policy.
Manage Consent PreferencesAccept All
Manage consent

This website uses cookies to improve your experience while you navigate through the website. Out of these, the cookies that are categorized as necessary are stored on your browser as they are essential for the working of basic functionalities of the website. We also use third-party cookies that help us analyze and understand how you use this website. These cookies will be stored in your browser only with your consent. You also have the option to opt-out of these cookies. But opting out of some of these cookies may affect your browsing experience.
Necessary Always Enabled

Analytical cookies are used to understand how visitors interact with the website. These cookies help provide information on metrics the number of visitors, bounce rate, traffic source, etc.

SAVE & ACCEPT
Powered by